The next step in scoring & time keeping for the Ref of today. 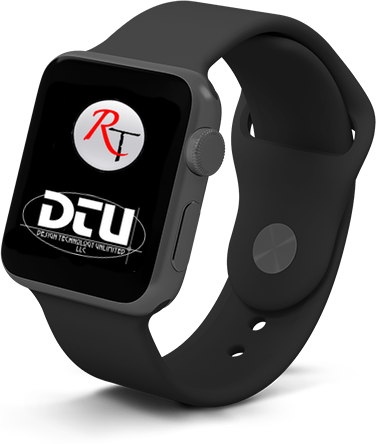 I am a 07 referee with 10+ years of experience that is still an active player in local recreation leagues. After trying the few Apple Watch apps for soccer referees on the market, I found myself to be disappointed. Every app I tried lacked the features I felt I needed to assist with officiating a soccer match.

So being a PC programmer, I bought a MAC and started to learn Swift (the programming language for Apple) and my journey to developing RefTime commenced. I began to design and develop the app I would like to use on my Apple Watch for referring soccer. RefTime was born three months later. I then began to personally field test & refine RefTime for the next three months. Three months later I recruited other referees to help field test RefTime. After nine nine months of testing and continual refinement, I am very excited to announce that RefTime is now publically available on the Apple App Store!

RefTime is the only Apple Watch App that I know of, that has no reliance on the iPhone. One of the key features and drivers to the development of RefTime is the app’s ability to function independently with no requirements of having an iPhone. The requirement of other apps to setup games in the iPhone before heading to the field limited the app for recreational soccer games as the time and knowledge required for setup are not practical before game day. Additionally, as an active referee who frequently refs tournaments, I found that using apps with an iPhone requirement rendered the app useless for use during tournaments.

I am currently working on the iPhone interface for RefTime as I continue to meet real world needs of today’s soccer refs.

RefTime is the best soccer app for referees in the app store! Reftime is the next step in time and score keeping for the soccer referee. RefTime was created to handle all types of games: club, league, tournaments & recreational games. It was designed and built by a 07 referee with 10+ years of experience.

All Game Stats at a Glance

This app is completely designed with the Ref in mind and provides the right visuals and interactions to make this app easy to use.

New games can be created ON THE WATCH. This is great for tournaments and games assigned to you last minute.

Teams are easily tracked with custom color options for Home & Away teams.

Each record entre is logged on Home or Vistor side. The Type scroe or card, the Code and time of entry is logged.

A small app built into RefTime to show heads or tails.  It also logs the winner on the Main screen with a “K” to remind you at halftime.  It is a great backup for when you misplace your coin of choice.  But I’m sure it will because your Coin of choice after using it.

I have found RefTime to be reliable and simple to use during a match. Working both soccer and Futsal matches, the app was easy to view during the match and easy to set up. Since the Apple Watch is now water resistant being able to now use it as my primary Referee watch fills that once void gap in the watches use.

RefTime is great way to retain information during a match. The ease of setup and use without needing your phone with you. I have used it on everything from top youth matches through Division 1 College matches.